Music in the Mountains

Music lovers looking for classic rock tribute music do not have to travel to LA to the House of Blues or some crowded indoor casino to revive their classic rock musical souls in search of some of the best tribute music performing on the West Coast. It’s as close as one of the most intimate, magical and outdoor concert venues located in the heart of Southern California’s favorite mountain playground, the Big Bear Discovery Center Amphitheater in . . . featuring a backdrop of cool mountain breezes, heavenly mountain aromas and starlit nights.

With special guest, Fortunate Son Tribute to John Fogert, and Creedence Clearwater Revival. The Long Run, has earned its place among the top-drawing tribute acts in North America and is regarded as one of the finest Eagles tributes in the world. 5:30pm gates open; 7:00pm concert starts

“The greatest rock and roll tribute band in the world” boasting a talent pool of multi-platinum musicians who have performed and recorded with the Rolling Stones themselves, the #1 band in rock history. 5:30pm gates open; 7:00pm concert starts

DSB returns for a second command performance in 2012; they rocked the mountain in 2011 to new heights and their presence is still felt. Highly revered by fans as “the next best thing”, DSB has captured the lush signature sound of renowned vocalist Steve Perry, brilliantly delivered by Juan Del Castillo, and Journey in their prime. 5:30pm gates open; 7:00pm concert starts

After assembling a band of truly kindred spirits, Surreal Neil and Super Diamond began to perform regularly in San Francisco and then all over the U.S, and something quite wonderful happened: people turned out in large numbers to see them, and returned again and again and again. 5:30pm gates open; 7:00pm concert starts
General Admission Adults: $25
Posted by BBV at 10:26 AM No comments: 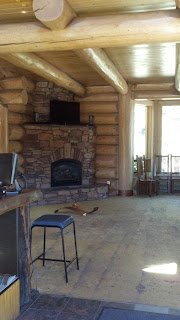 We are very happy to announce that the renovations at Big Bear Vacation's check in office have begun. For the next few months we will be installing new floors and a new concierge and front desk. We ask that all guests be patient and understanding of the construction that may be taking place upon check-in. We are very excited for the completion of this office makeover and are confident it will make every guests check in experience, that much better! We plan to host a chamber of commerce mixer at the end of August to reveal the completion of the renovations. More details on the Chamber mixer to come as the event approaches. Thank you in advance for your patience and understanding. 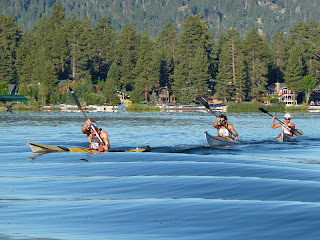 Are you ready to test your stamina at 6700 feet elevation? High altitude brings a different set of challenges to SUP, kayak and canoe paddlers. The fifth annual Big Bear PaddleFest is held on the South Shore of Big Bear Lake at Swim Beach, hosted byNorth Shore Trading Company. This yearHobie SUP challenges you to 5K, 10K, 20K, Downwind, Sprints and Relay Races. Big Bear PaddleFest is a member of Open Air Big Bear and second in the Conquer the Bear series of cross training races held throughout the year in Big Bear Valley.

Paddlefest is taking place at Meadow Park at 41220 Park Avenue on July 7 & 8th, 2012. We encourage you to participate in the race or just come to the event to take a clinic. Pre-registration is available online or at the event.

Paddlefest Package: Book your 2 night full price rental and Big Bear Vacations will pay for registration for the event for up to 2 people in your reservation and offer a free 8 pm checkout.  This offer must be mentioned at the time of booking, and cannot be combined with any other discounts or promotions.  Call 1-888-306-9486 to book now. For more information about this event you can also visit the PaddleFest Big Bear website.
Posted by BBV at 5:20 AM No comments: 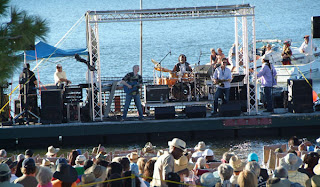 The 7th Annual Jazz Trax Summer Musical Festival is coming to Big Bear Lake June 23rd through the 24th and is taking place at the Marina Resort. This festival takes place right on the lake and the stage where the artist perform is a floating dock on the water. This event is featuring some amazing musicians and the line-up includes Mindy Abair who recently played the saxaphone on American Idol with this years winner of Idol, Phillip Phillips. The doors open at 1pm on Saturday and Sunday and the show starts at 2pm. There are many different types of seating available so reserve your tickets now for preferred seating. Also for information on the artist featured at the festival please check out the event schedule. For more informations and details please contact The Big Bear Lake Resort Association.
Posted by BBV at 4:18 PM No comments: