An Ironman Triathlon consists of a 2.4 mile swim, a 112 mile bike, and a 26.2 mile run, all of which needs to be completed in less than 17 hours. It's known as the toughest endurance event in the world! On August 30th, 2009 athletes from all over the world will converge on Louisville, KY to take a shot at the Ford Ironman Louisville.
Question: Who is representing Big Bear Vacations in the 2009 Ford Ironman Louisville? 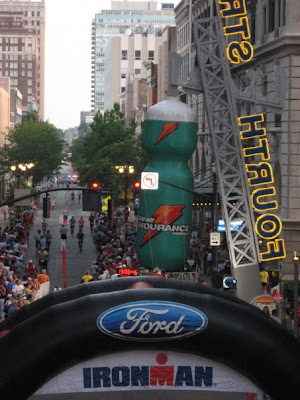